The closing ceremony of the investigation, October 18, 2014

On April 25, 2006, Archbishop of Paris, Cardinal André Vingt-Trois opened the Enquiry. The Final Session of this Enquiry took place in the Catechism Chapel, Church of St Augustine, Paris on October 18, 2014.
At three o’clock, Monsignor Éric de Moulins-Beaufort, who presided this Final Session, took his place along with all the other participants of the Session.
Then the representatives of the Association ‘Friends of Father Caffarel’, who had asked for the Opening of the Cause entered: José & María Berta Moura Soares, Gérard & Marie-Christine de Roberty, and the Association’s Secretary, François Genillon. 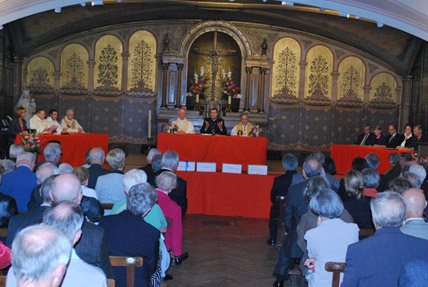 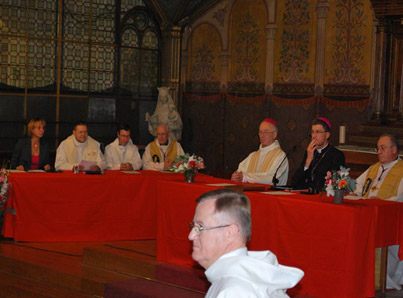 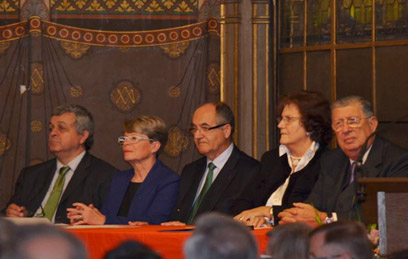 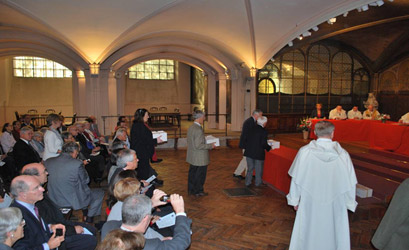 People who had worked closely on the Cause carried five boxes 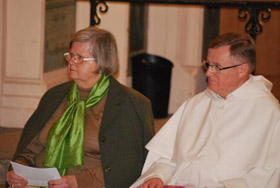 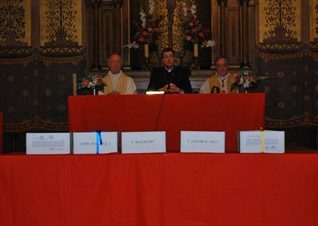 Centre below the Presidency’s table
Five boxes were placed on a table and were sealed immediately.  Nine other boxes were sealed the night before so that the Final Session would not last too long.  These nine were placed beside the table.

The bishop introduced the Final Session and the song Veni Creator.

The importance of this stage of the canonisation process was explained, because the Cause for Father Caffarel will be written up using the documents contained in the Enquiry.  The declaration of holiness will come later.  All who worked on the Cause were asked to keep the secret. 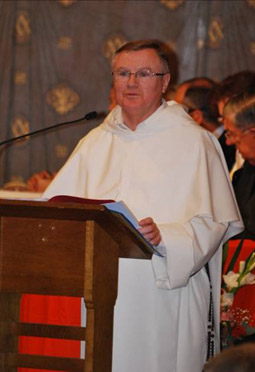 The Bishop read the Decree for the Definitive Closing of the Enquiry. The Bishop, Episcopal Delegate, Promoter of Justice, Notary, Postulator and Vice-Postulator solemnly swore that they faithfully fulfilled their task and that they will keep the secret. They signed the document. The Bishop named a bearer, who solemnly swore to fulfil his task. He signed.

As is usual, the Postulator was designated to carry all the documents to the Congregation for the Causes of Saints in Rome, at the Vatican. Father Paul-Dominique Marcovits, o.p. will look after this and was expected on November 10th at 9:30am at the Congregation for the Causes of Saints. A certified report of the oaths was drawn up and the related documents were joined to the acts.

Closing of the Boxes :

Description of the boxes: one series stays in Paris, while two others left for Rome.

After some formalities, the Bishop asked the Chancellor, Father Jean-Marie Dubois to seal the boxes, which he did.

During the Closing of the Boxes:

Father Paul-Dominique Marcovits-reminded all that asking for the canonisation of one of God’s servants has 3 aims : 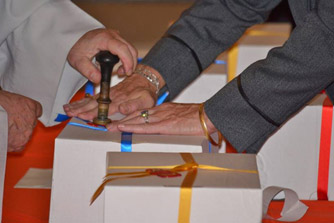 The Postulator then described what will happen in Rome: 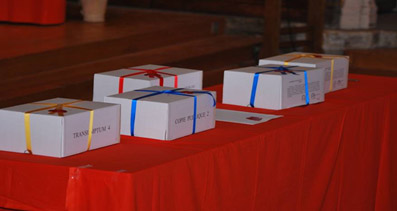 *We are certain that many people, through Father Caffarel’s intercession, receive magnificent graces.  It is in this context of sincere and persistent requests that a miracle could occur.

Monsignor Éric de Moulins-Beaufort invited us to recite the Rosary, while the Chancellor placed the seal of the diocese of Paris on the boxes. 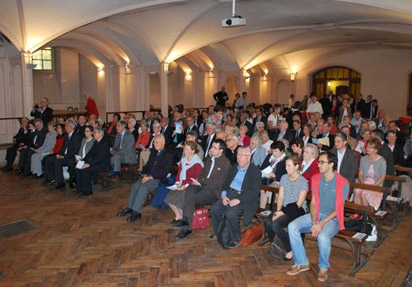